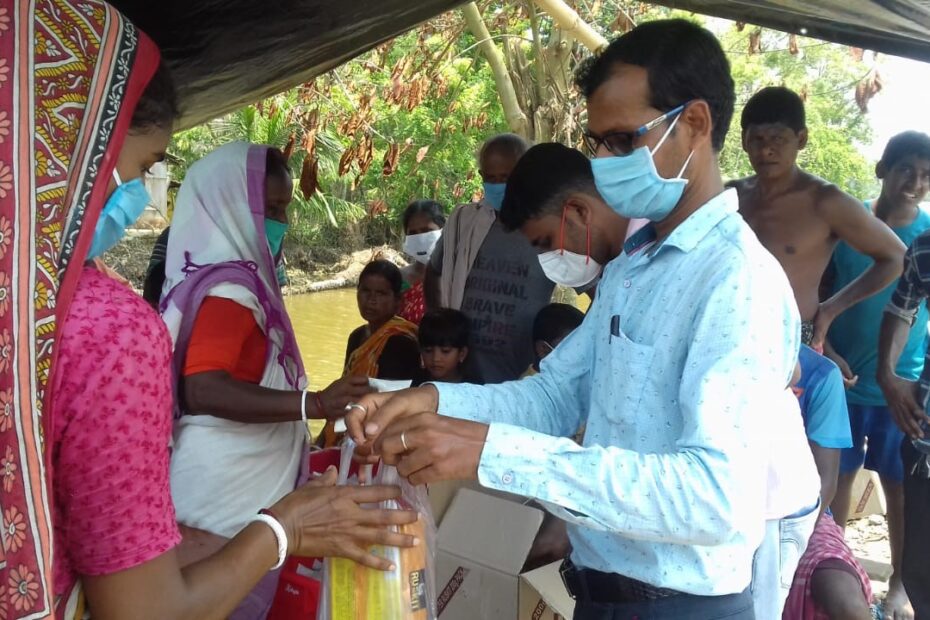 In the eastern region of India, one among the different states situated along the shores of the Bay of Bengal is West Bengal. In the southernmost part of West Bengal, at the mouth of the bay is the deltaic region of Sundarbans, home of the Royal Bengal tiger. It is famous for its eco-diversity and rich variety of forest resources such as fish, the Sundari trees and honey to name a few. This has led to the development of several settlements of people on the small islands of this estuary. One of these villages is Budhakhali.

Budhakhali is 100 kms from Kolkata Airport and by way of administration, belongs to Mathurapur Lok Sabha constituency and Kakdwip assembly constituency. It has around 1000 homes and 5000 residents (according to the 2011 Census of India data).

Most of the houses are made of mud and have tile roofs. The main roads are paved while all others are dirt roads. Their lives are simple, their needs few but there is no lack of happiness, peace and joy in their lives. Ah, let us correct ourselves– there was no lack.

A depression forming over the Bay of Bengal is not a new phenomenon. The villagers normally consider unfavourable conditions such as heavy rains, floods and storms as a part of life and keep moving ahead in their lives. Our hearts are full of respect for the indomitable spirit of these villagers to fight and survive against all odds.

However, the cyclone “Yaas” (pronounced “Yash”) on May 26th, 2021, ended up having a far greater impact on their lives and livelihoods, compared to most other storms and cyclones that came before. It has brought not just economic loss but has mentally disturbed people to the extent that they now question the feasibility of living permanently in this area. This is exactly why the magnitude of long-term damage caused by Yaas is not comparable to those caused by other storms.

According to the information the villagers gave us, the timing and duration of the storm were mainly responsible for the huge amount of damage caused by it. This storm was like experiencing the real touch of such a calamity. The reasons are abundantly clear – it was the day of “Purnima” or full moon, the exact timing coincided with that of high tide and the intensity of the storm was about 140 km/hr. Consequently, the very waters with which the villagers had a daily rapport, became their greatest source of danger. As the water broke through embankments and entered the village, people were compelled to leave their homes and take refuge at more elevated locations (1st floor and roof of school building and some other public places).

Humanav Foundation is a nonprofit organization (registered under section 8 of Companies Act, 2013). We try to be with people, at their sides through different social work projects. We currently have three different initiatives that are active in different states of India. These are Manoos, School in the Mountain and VVMM Club. Different people are associated with these initiatives in different ways. They have planned to stand by these villagers at this time of need, to the best of their abilities.

To move forward in this endeavour, on Saturday, June 5th, 2021, a group of our volunteers went to Budhakhali to hand over some items of aid to the villagers. The greetings and blessings that we received from them as a result of this fledgeling effort are an extremely valuable asset to us and pave our path for the future.

We warmly thank those who worked tirelessly to make this effort a success. They are-